The history of a very bad idea: energy balance, fat-shaming and the failed science of obesity

It’s constitutional. No matter how little you eat you put on flesh if you’re made that way.

Until the mid-20th Century, the medical thinking on obesity allowed for two equally commonsensical explanations. One was what today is called the energy balance or energy homeostasis perspective: we get fat because we consume an excess of calories. The other was a hormonal/regulatory explanation, favoured by German and Austrian researchers: obesity is a disorder of fuel partitioning or, simply, a fat storage disorder. In this paradigm, the causality is reversed: energy imbalance – overeating or under-exercising – is simply what happens when we have a physiological drive to accumulate excess fat.

This fat storage hypothesis effectively vanished with the Second World War, despite significant evidence then and still – including all major animal models – supporting it. Since the 1940s, research on obesity and its related chronic diseases has been predicated almost entirely on the energy balance notion. In short, researchers have been trying to explain why people with obesity might eat too much, not why they might accumulate too much fat, a different question. Meanwhile treatments based on the energy balance logic – eating less and exercising more – have typically failed and the prevalence of obesity has soared worldwide.

This lecture will discuss the history of these competing ways of thinking about obesity, paradigms and the implications today for treatment and prevention of the disorder. It suggests that a simple change of perspective from obesity as an energy balance disorder to an endocrine/constitutional or fuel-partitioning disorder has vast implications for therapy, prevention and treatment and the interpretation of obesity-related research. 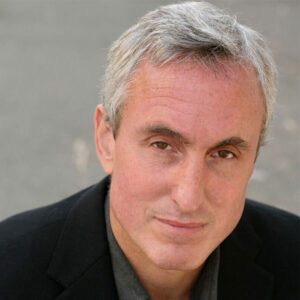 Gary Taubes is an investigative science and health journalist, the author of The Case for Keto, The Case Against Sugar, Why We Get Fat and Good Calories, Bad Calories (published as The Diet Delusion in the UK). Taubes is a former staff writer for Discover and correspondent for the journal Science.His writing has also appeared in The New York Times Magazine, The Atlantic, and Esquire, and has been included in numerous Best of anthologies, including The Best of the Best American Science Writing (2010). He has received three Science in Society Journalism Awards from the U.S. National Association of Science Writers. He is the recipient of a Robert Wood Johnson Foundation Investigator Award in Health Policy Research, as well as cofounder and President of the non-profit Nutrition Science Initiative (NuSI).