Red Meat is not Dangerous

Red meat is not only not dangerous, it is the cornerstone of human health. Without the advantages that red meat gave early hominins, we would not have been able to develop the unique physiology we have today. In turn, that physiology is exquisitely adapted for eating meat and depends on it for functioning well. The nutrients found in the fat and flesh of mammals are, in almost every case, more abundant, more bioavailable to humans, and more complete than from any other source. That means that even small amounts of red meat can boost the nutritional quality of a diet enormously. The best evidence we have that meat might be unhealthy is suggestive, based primarily on associative studies susceptible to confounding. Clinical evidence for replacing red meat with other dietary components is conflicting. On the other hand, there is evidence that without it, humans are at risk of developmental delay and psychiatric disturbances.

Why we should be careful with red meat consumption

Archeological, anthropological and several other lines of evidence point to the importance of red meat in the evolution of our species, Homo sapiens. However, in my scientific opinion the role and hence the importance of red meat in human evolution has been grossly overestimated and in fact, several arguments can be made against the consumption of red meat.
First of all, there is little, if anything at all, in red meat that cannot be deducted from other dietary sources. So we do not need red meat to remain alive or even healthy. However, some argue that the consumption of red meat played an important cultural role in human evolution and that hunting mammals is what in fact made us human. Their argument is as follows. One of the most important steps in human evolution is human brain growth. Our immensely complicated brain is in fact what makes us unique and, on the other had, able to rule over all other species alive. 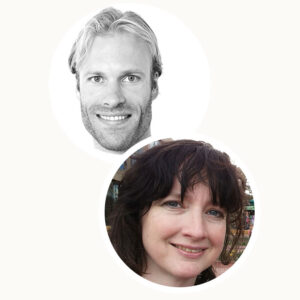 We are excited that Remko Kuipers and Amber O'Hearn are this year's participants in our Food Dialogue. The theme of Food Dialogue is the role of meat in our diet.O'Hearn, who has been eating a carnivore diet for many years now is a passionate advocate for eating meat. Kuipers is more hesitant, he sees some dangers in eating meat, both for our own health as for the health of the planet. Please read their guest blogs before the conference starts. That makes it easier to follow their Dialogue.