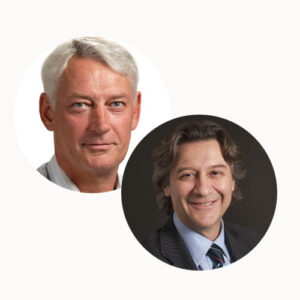 The last decade has seen a huge rise in the popularity of the gluten-free diet (GFD) in people not diagnosed with celiac disease (CD), or wheat allergy. Both in the United States and in most other developed countries, more and more people assume that the ingestion of gluten or gluten containing cereals can have adverse health consequences even in healthy individuals. Although there’s clearly an element of fad driving this trend, emerging evidence does point to the existence of Non Celiac Gluten Sensitivity (NCGS) as a true clinical entity.

NCGS responding favorably to a GFD was first described in a case report by Ellis and Linaker in 1978. Only after 2010 has the definition of NCGS been widely discussed. Three concensus reports agree that NCGS should be defined as follows: a clinical entity induced by the ingestion of gluten leading to intestinal and/or extra-intestinal symptoms that resolve upon elimination of gluten from the diet, when CD and  wheat allergy have been ruled out. Despite this consensus, some investigators still question whether NCGS is a real entity. Others recognize the symtoms as a reaction to wheat ingestion, but suspect that other components of wheat are responsible.

Questions to propel the dialogue:

Certain gliadin motifs have biological acitivities in the intestinal mucosa of all human beings, probably because gluten is mistaken for a microbial molecule, inducing innate and adaptive immune responses. Fasano: ”Gluten is toxic for everybody, but not everybody gets sick.” What determines if a genetically susceptible individual ’loses the battle’ and develops features of NCGS?

If wheat components like gluten and ATI’s have the potential to make all people sick, shouldn’t we communicate this to the general public?

More and more healthy, health conscious people exclude wheat/gluten from their diet. Better safe than sorry, is their motivation. Generally this is met with mild ridicule, but sometimes also with fierce critique, in the scientific community. Why? Is there any danger in going gluten free?

The Food Dialogue will be moderated by Marcel Crok and Melchior Meijer.